We put forward the idea of a brand that would shake up the craft beer segment, with a daring and iconoclastic attitude. A high voltage beer, charged with character and personality.

We didn’t want to create another average craft beer. We pitched the idea of a craft beer of the future. Iconoclastic, traditionally made, but innovating its formats and liquids.

Original and authentic, but modern and lab-style (where lab is understood as an experimental concept, not a chemical one). 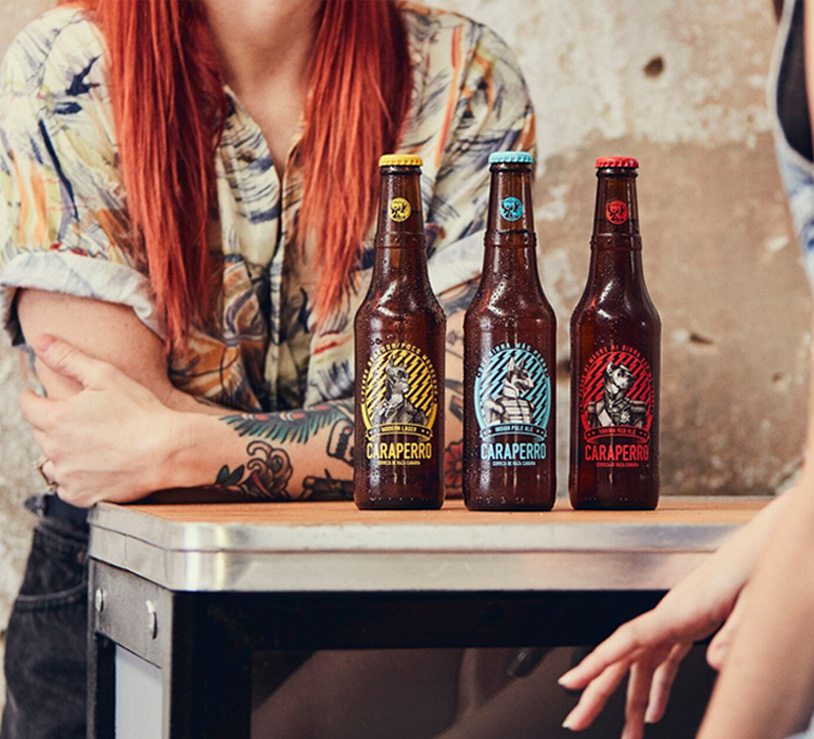 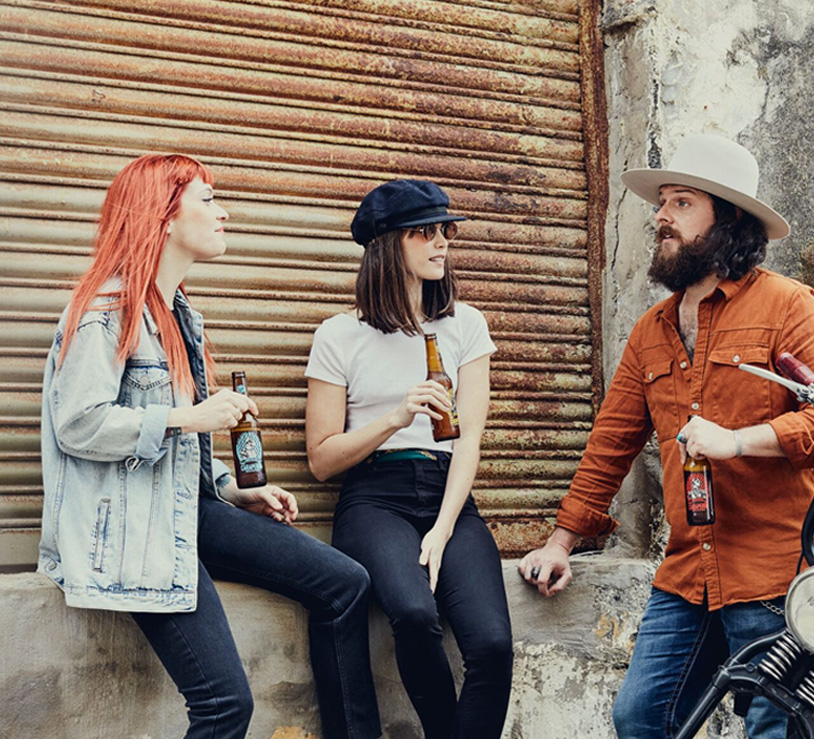 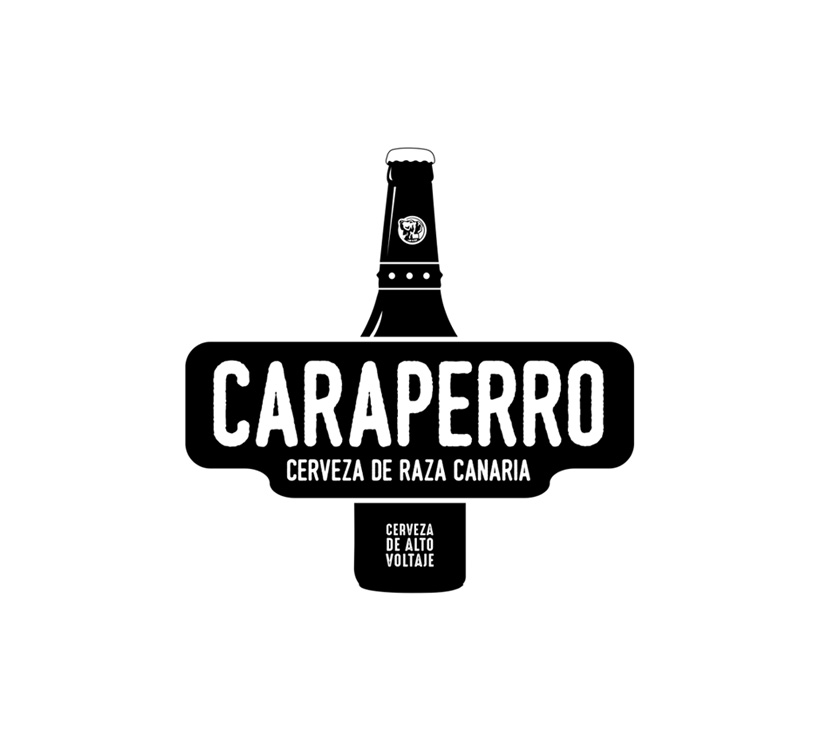 CARAPERRO is a 100% genuine Canarian brand, a land of fierce hunting dogs, with character, strength and personality.

A protective and territorial brand that defends its domains and its identity tooth and nail.

Each illustration matches a beer with its corresponding dog breed. Each breed represents the beer’s flavour and characteristics. 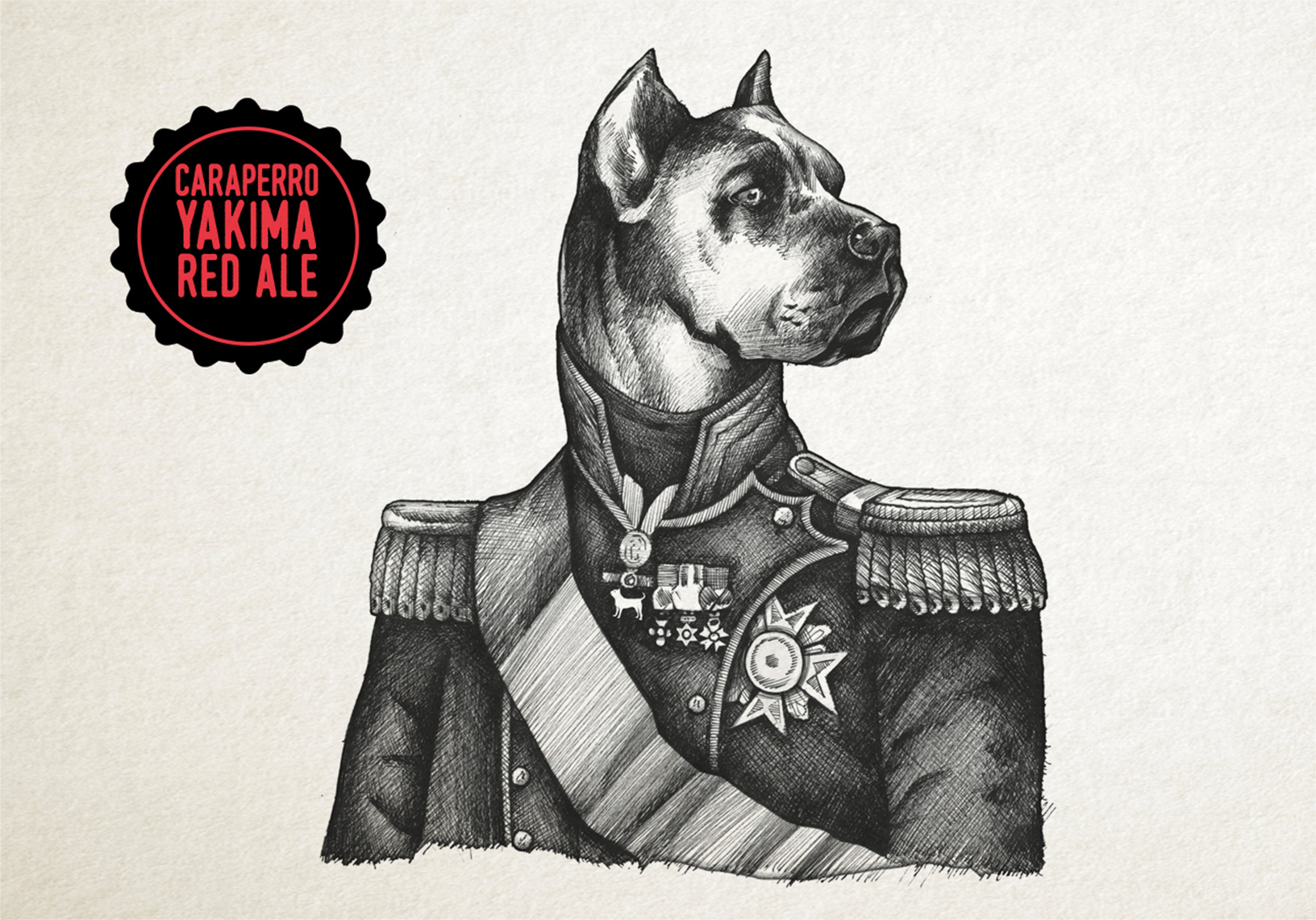 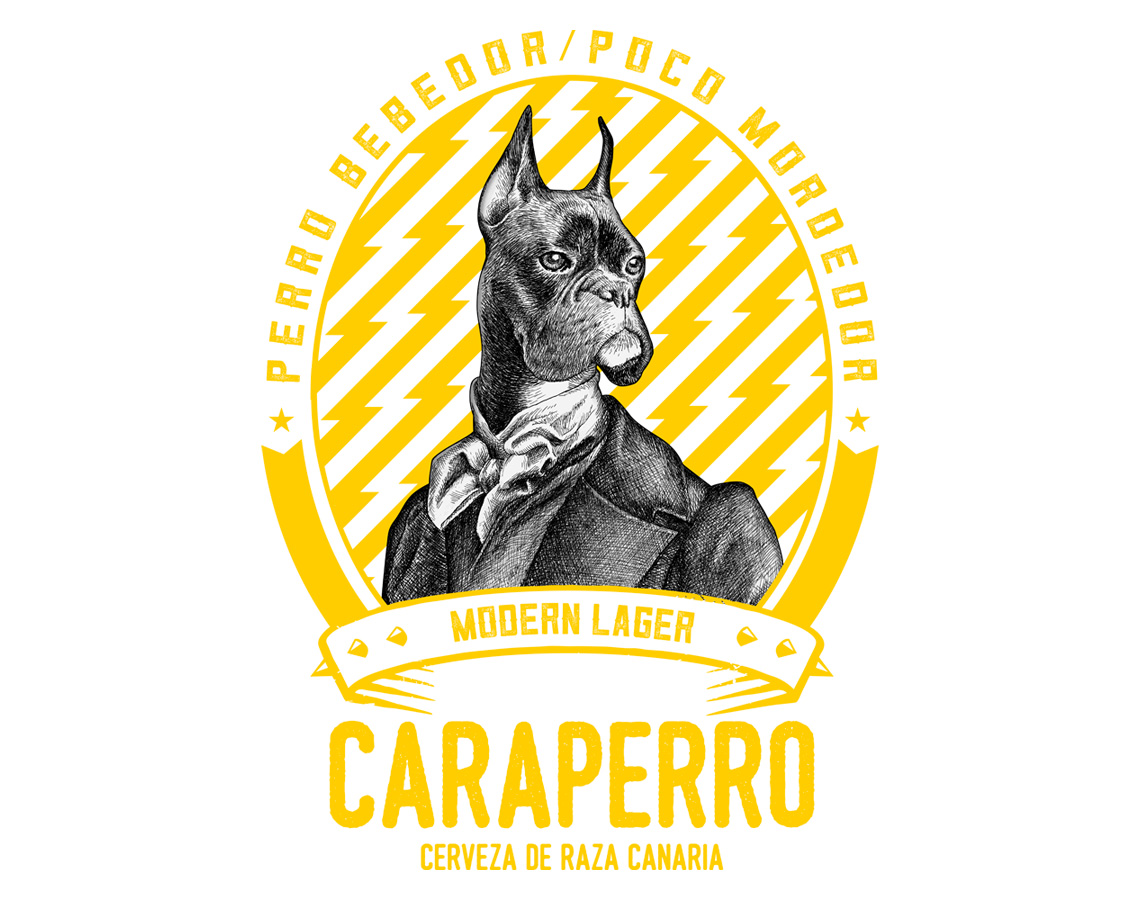 An intense, lager-type bottom fermenting beer, with plenty of character. A smooth bark fueled by fruity, floral notes brought about by a combination of Perle, Chinook and Cascade hops and a little bitter after each taste. Perfect for an afternoon stroll. 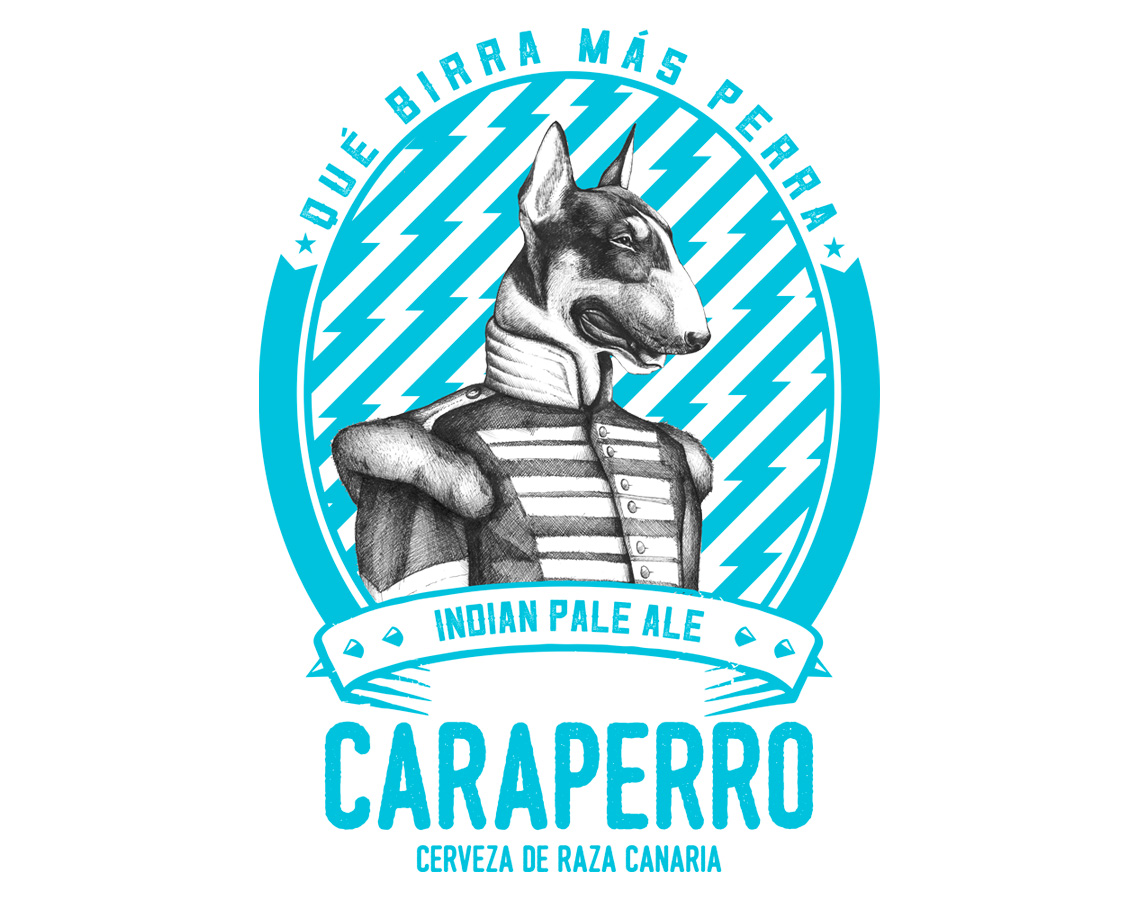 A high voltage ale. Full of character, with a soft fruity, floral aroma in the mouth followed by an intense and bitter bite and pleasant post-bitterness, the result of blending perle, cascade and Chinook hops. This makes all the difference and helps it stand out from its rivals. 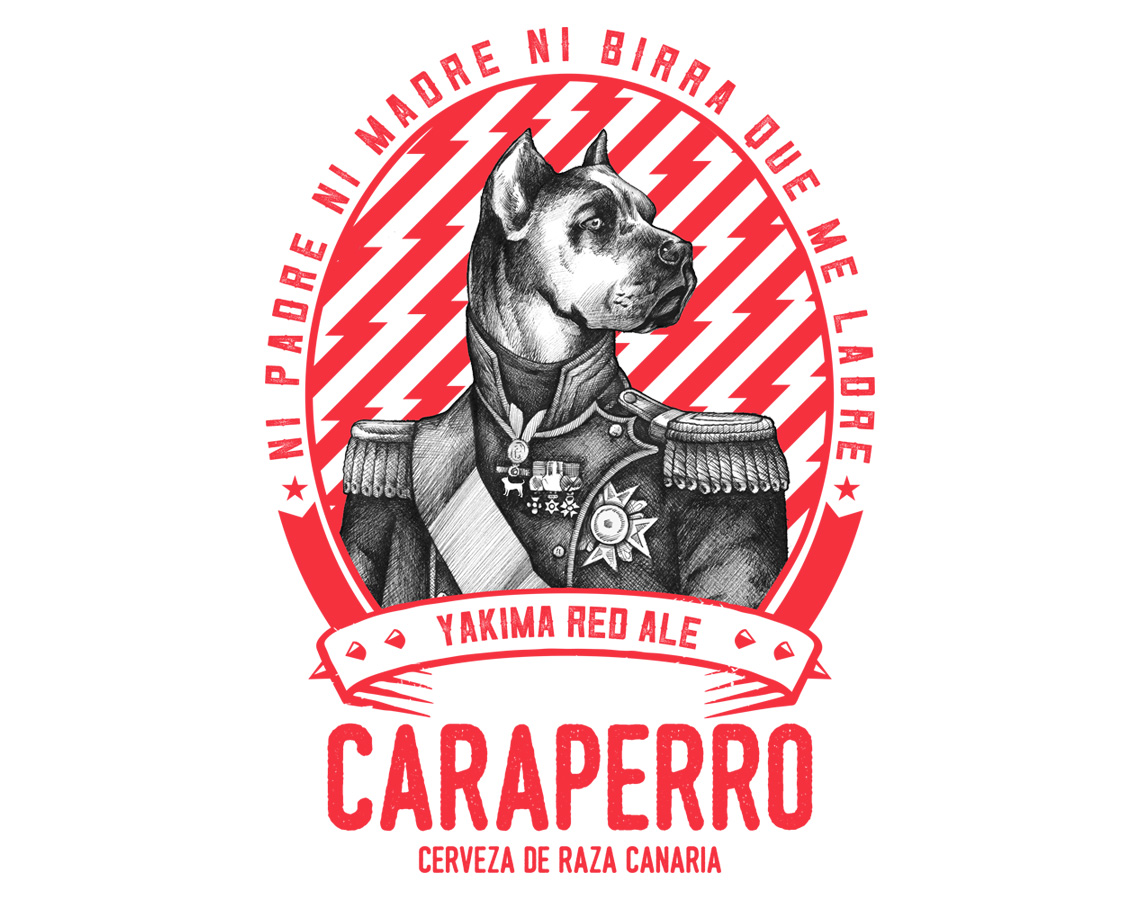 A intense beer. A Canarian dog with dark red fur, bittersweet bark (a sweet note in the mouth) and a pleasant bitter after-taste, balanced with citrus and floral aromas typical of the North American Yakima Valley hops; Yellow, Cascade and Chinook. 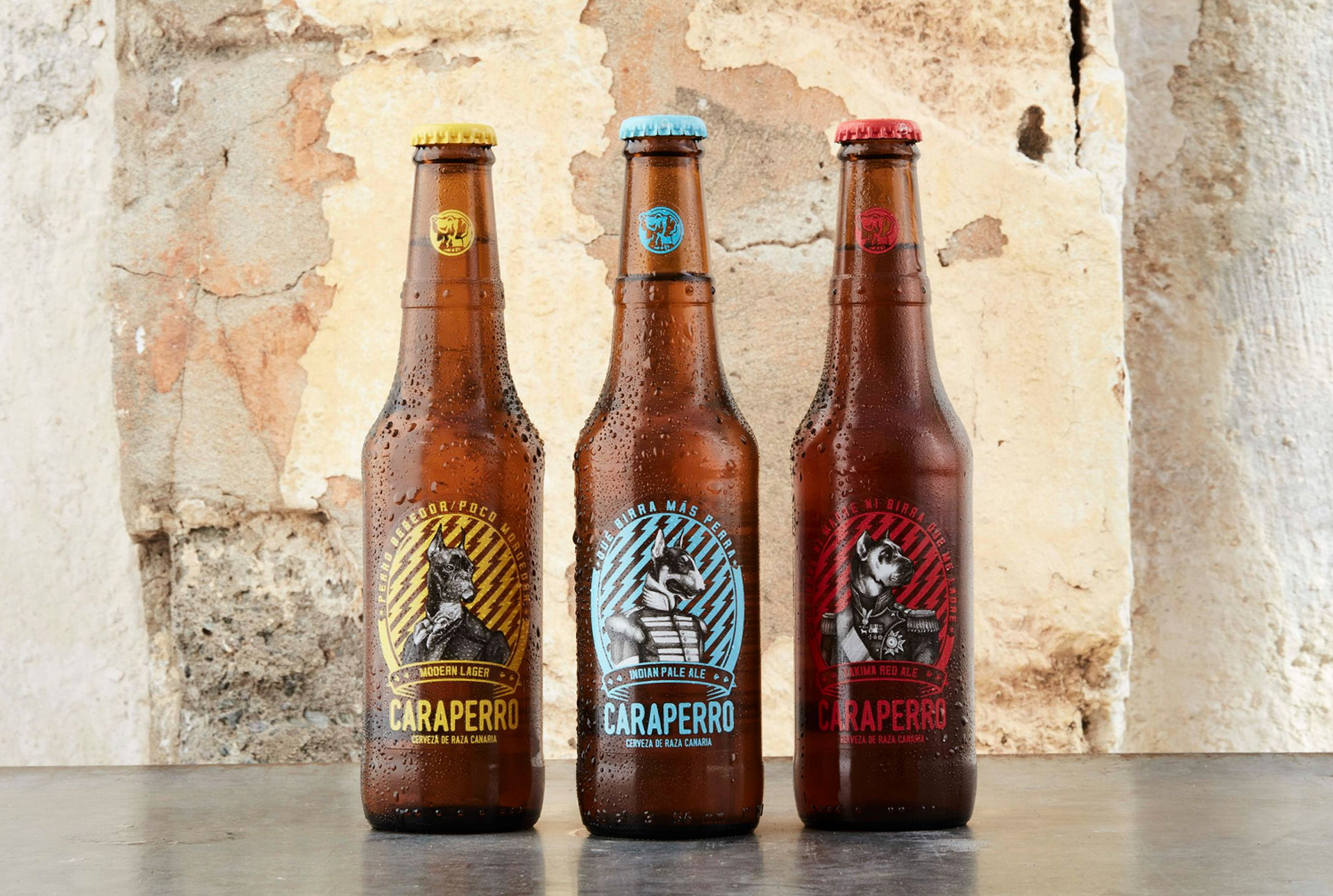 We thought about adding something to the bottle to give the packaging some personality, so we embossed the glass with a dog collar.

This gave the CARAPERRO bottle its own personality as well as a real attitude. 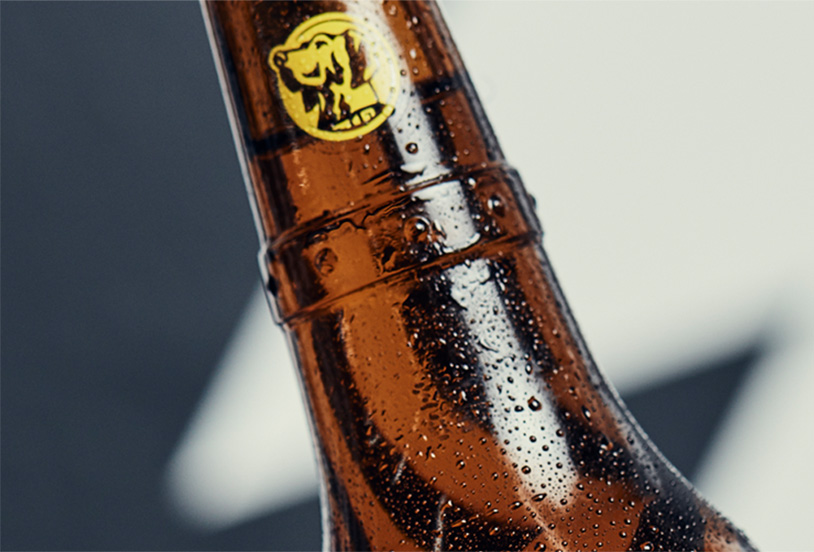 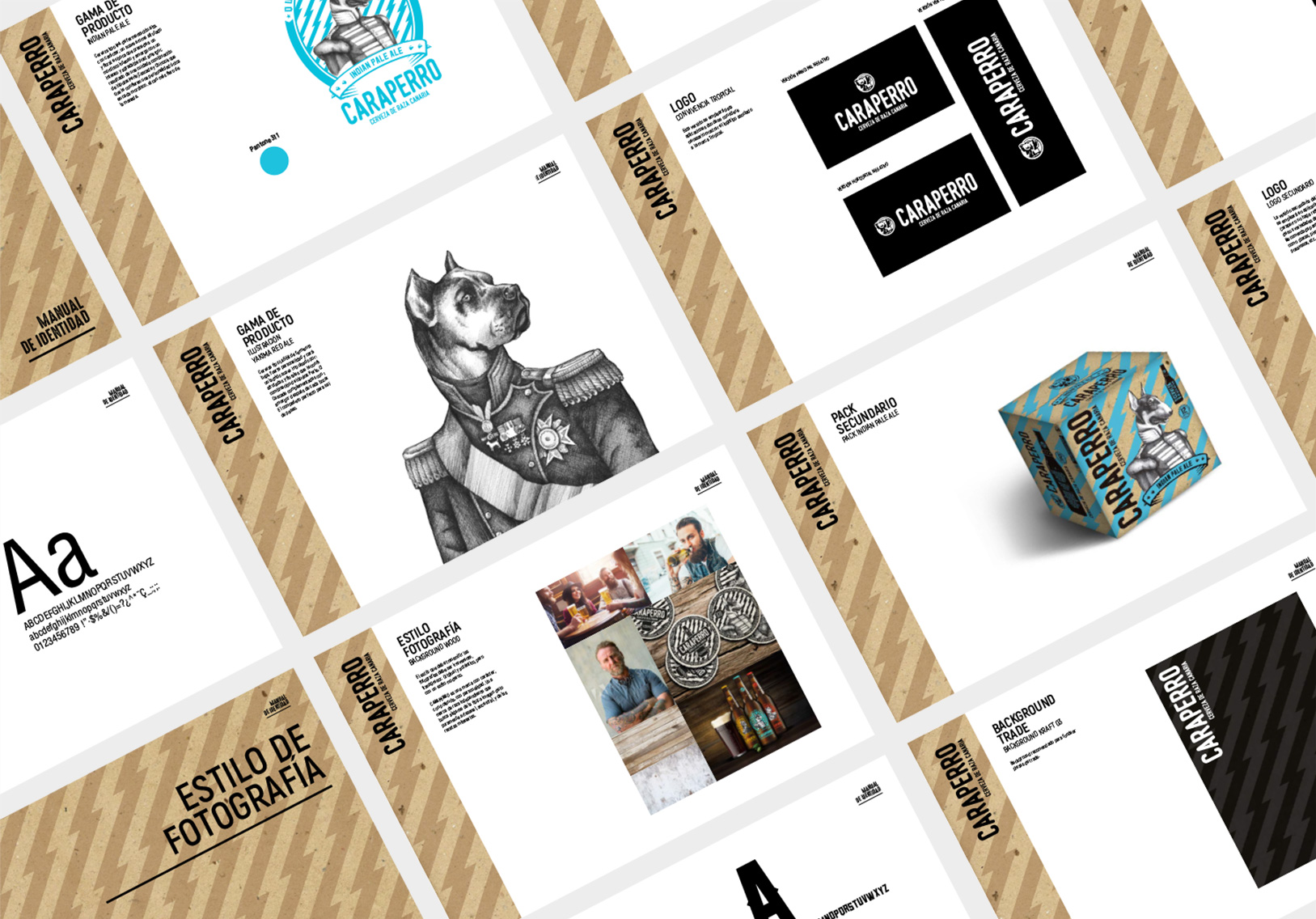 If you bark at me, I’ll drink you!

And don’t give me any excuses, I’m mad because I’ve had a dog’s day. And I’m really thirsty … so thirsty I bite. “Why me?” you ask as you get closer to try and touch me. Because you like me but you’re scared of me. I can smell it, even before you start to think about it I already feel it. But do it, don’t be a coward! After your first taste you won’t want to let go.

I am Carraperro and there is no father, no mother, no beer that barks at me. 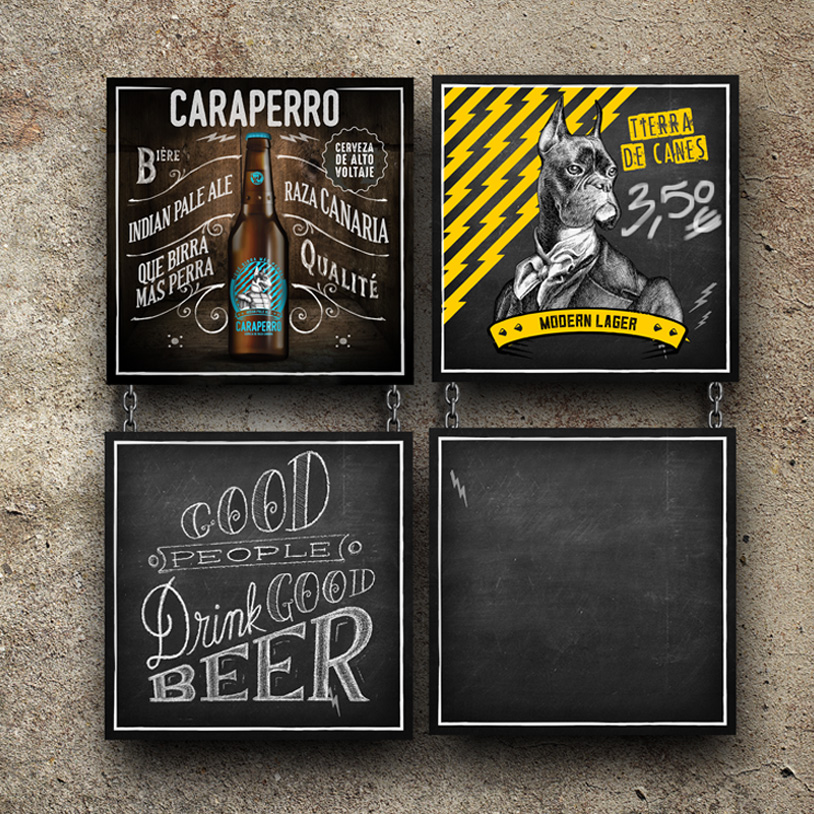 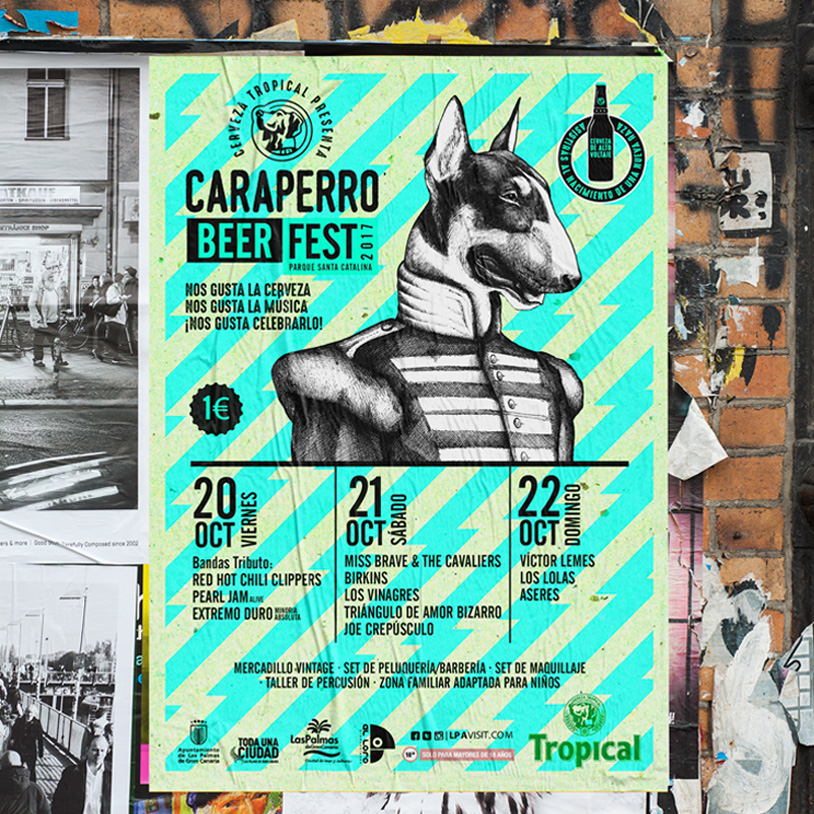 All the brand’s elements had to exude its irreverent and rebellious tone. From the glassware with its dog collar to the product boxes or the displays for ON TRADE stores and blackboards for hospitality points. 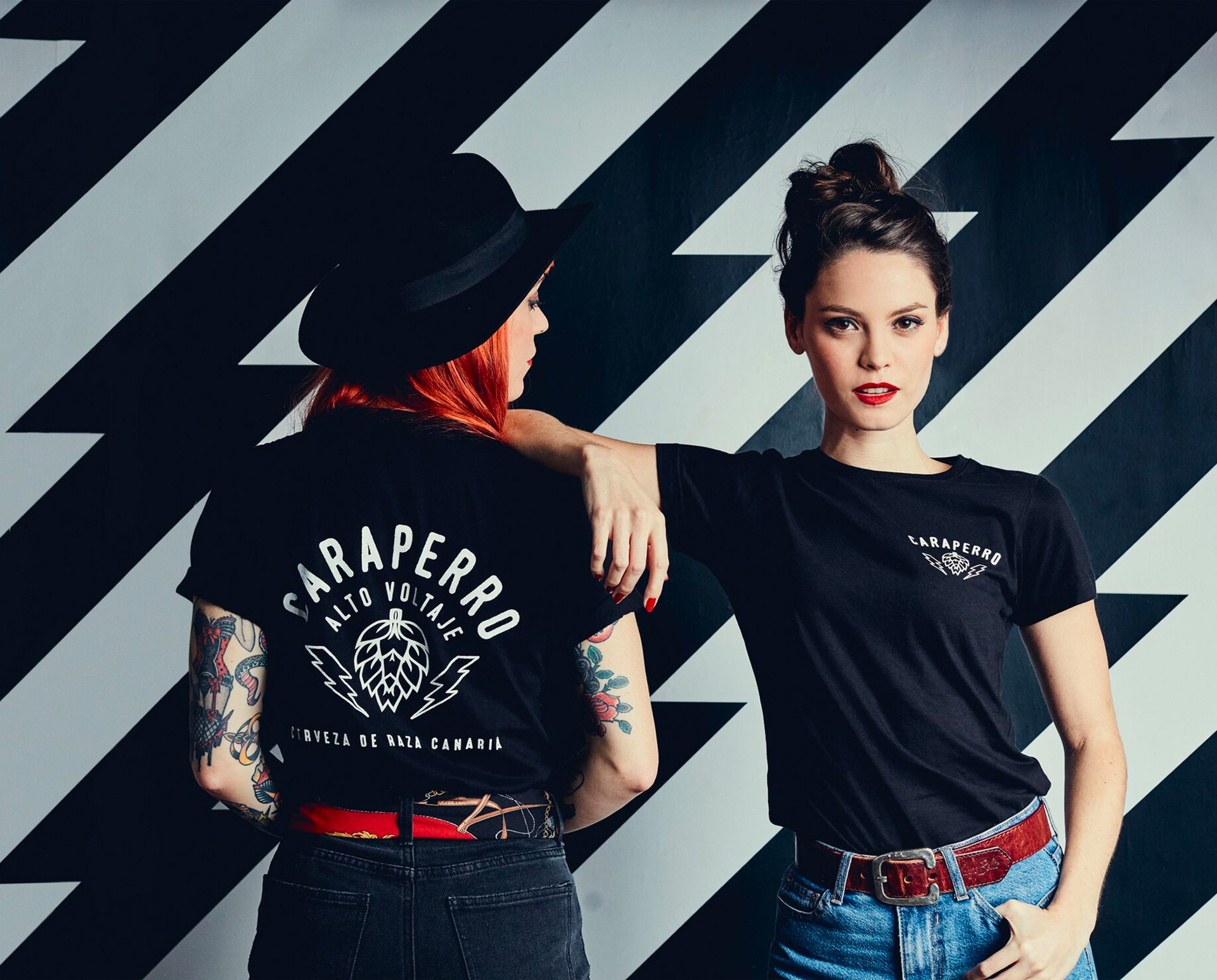 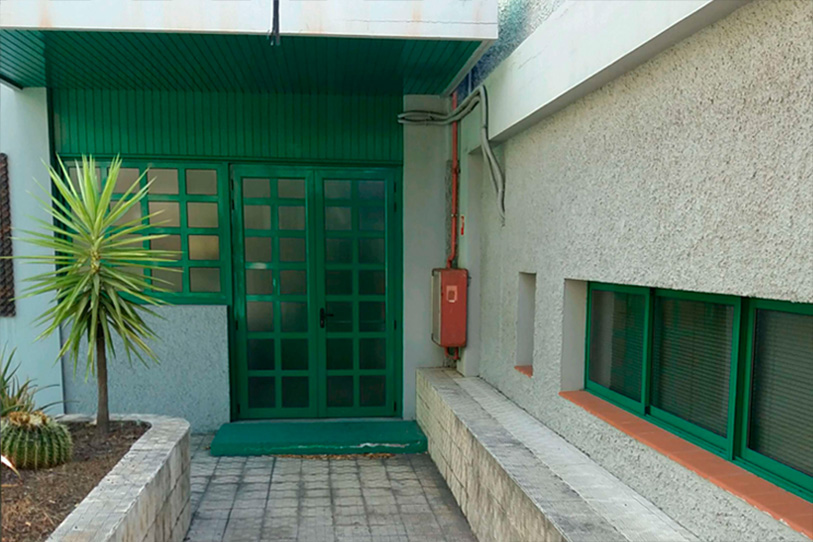 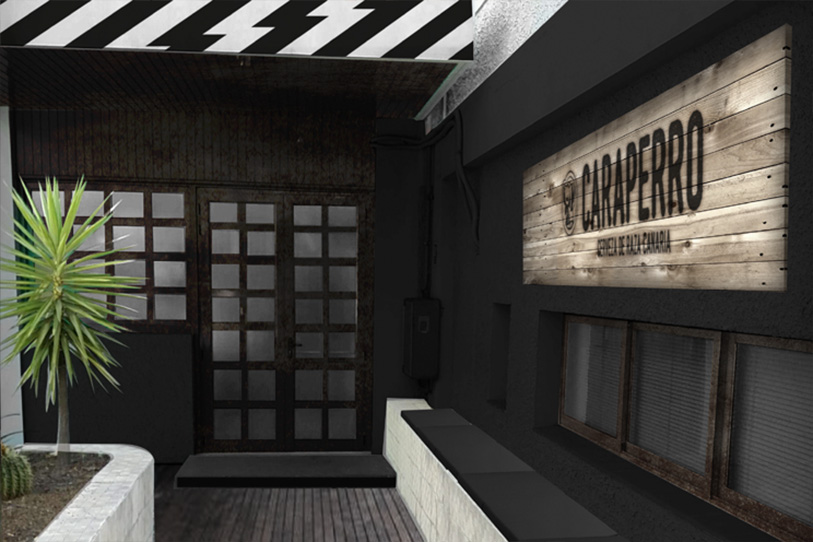 Tropical gave us the chance to remodel a space inside the factory to organise visits and product tastings. 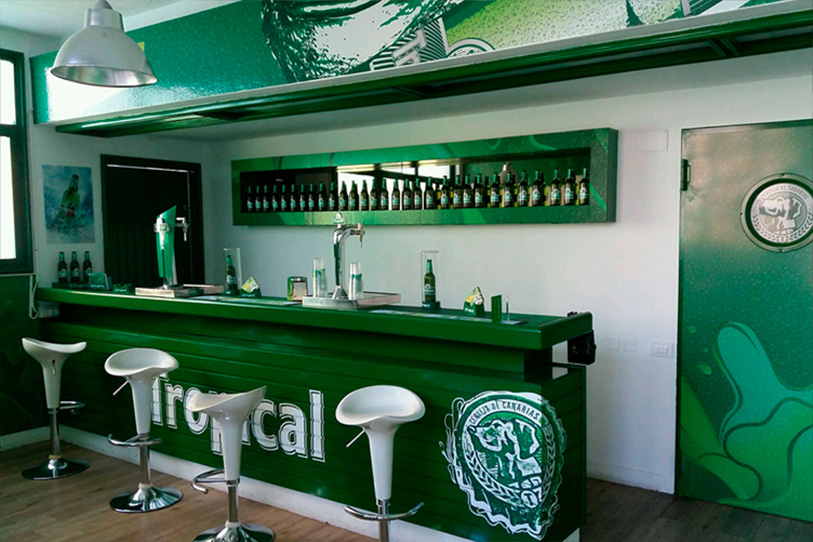 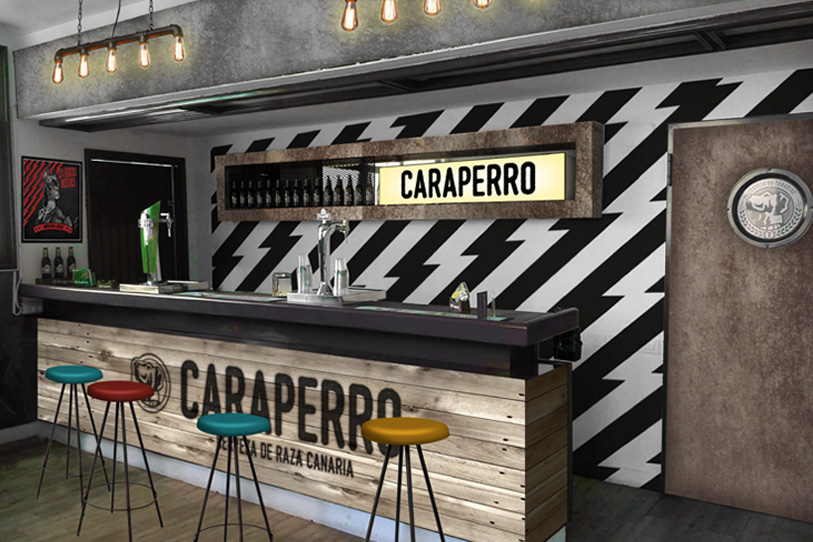 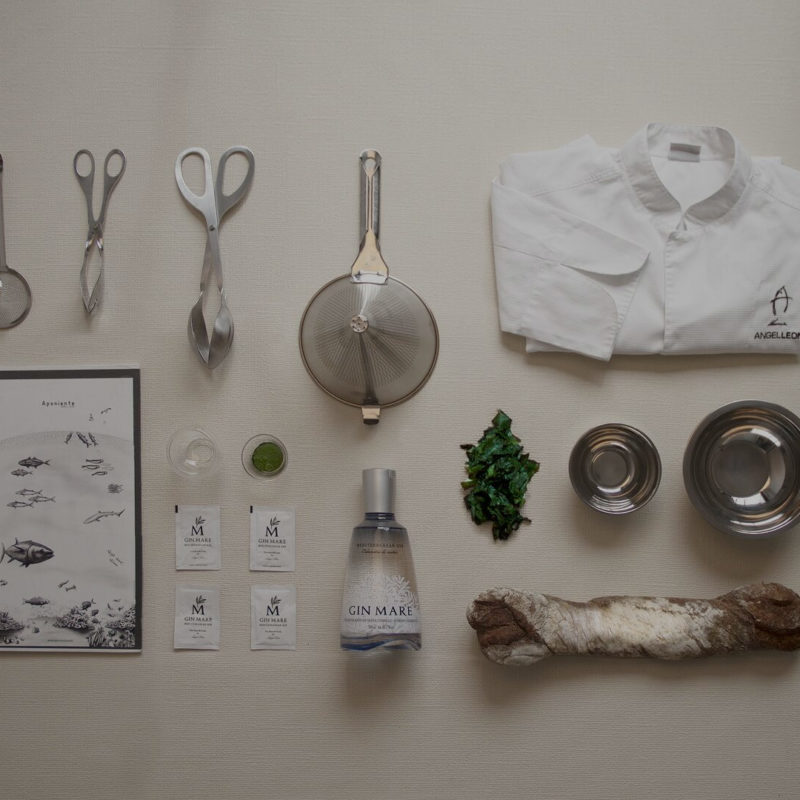 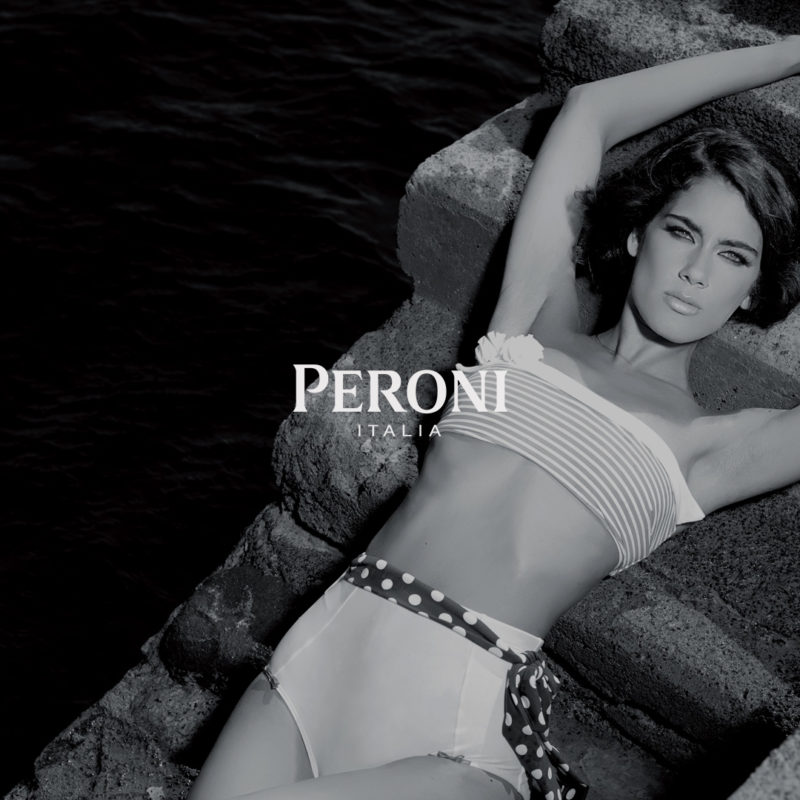